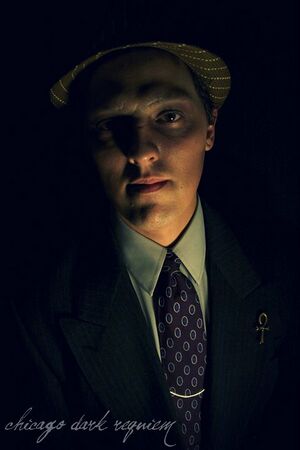 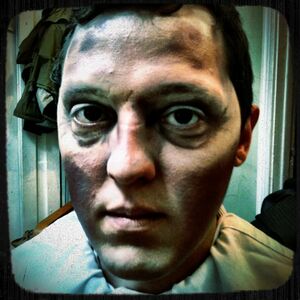 Photo and Makeup by Erica Tesla

Physical description: Slender, with a jaundiced pallor and bruises and lesions.

Carroll claims to have been embraced just after the turn of the 20th century in Detroit while it was still under Camarilla control. He also claims to have gone to sleep just before the Great Depression, and to have slept in torpor until recent nights, when he awoke and fled his former home for safer shores in Chicago.

Carroll was inspired in part by the character Daedalus from Kindred: The Embraced. Other inspirations include personal experiences with cancer patients and an old friend.