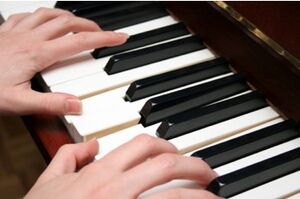 Whisper was Blinded by an infection/fever when he was 5-6 years old. He was also an Autistic Savant. after moving away from home to go to school in California, he was Discovered. Late one night at a Jazz Club, the band had walked away from their gear. Whisper Approached it and started to fiddle with the Keyboard. within minutes he was playing a piano version of Pink Floyd's 'Echos' which was captured by a cellphone and uploaded to YouTube. the Video of the blind man playing a piano in such a fashion went Viral instantly. a year later he was part of a YouTube Production company, putting out a video every week and making millions of dollars in ad revenue... an interested party then payed a large sum of money to bring Whisper to Ohio for a "Job"

Hired and ghouled by Prince Kyle Butler after the 2012 Grand Elysium, given as a Gift to Eva Sophia Shortly after. There is some confusion over the matter of how he was Embraced. Eva Sophia Started his Accounting, but he was then passed to the Gangrel, Rob to finish his education.

Whisper is a Test Tube Vampire. His Sire had been dead for months at the time of his Embrace
Whisper's Sire was Really Kyle Butler
Whisper's Sire Was Really Eva Sophia
Whisper was embraced by a Tremere and the Toreadore claimed him anyway.
Whisper was embraced by Rob the Gangrel and the Toreadore claimed him anyways.
Whisper isn't a vampire.


Whisper isn't really Blind.
Whisper can Eavesdrop on 4+ conversations at once.
Whisper is going Deaf from years as a Musician.
Whisper can speak 20+ Languages Fluently.


Whisper Hates the nom de plume, Whisper.
Destroyed by his own hand