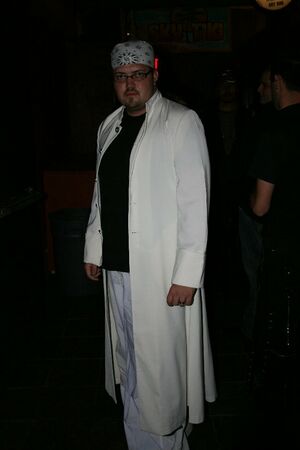 Verrick was born and embraced in Leeds, England, from there he moved to Manchester where he served as a weaponsmith for the Royal Army, when things in England went south for the Toreador he moved to the US from Manchester, England and settled in Ohio. There he served as Primogen of Clan Toreador and Prince. Verrick ended up moving to Chicago where he spent time as a Harpy under Prince Adrian DuLac.

Verrick now lives in Phoenix, AZ where he has been Prince since December 2017. He took praxis from the previous prince for refusing to take care of the city. After signing the Paradise Accord with Anarchs of Arizona Verrick solidified the Camarilla hold in Phoenix and thwarted War with the Anarchs.

Fame 5: Gunsmith
Verrick is in a secret romantic entanglement with Daniel Wesson.