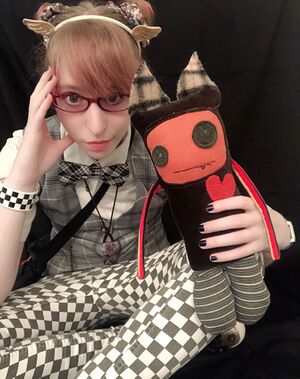 Physical description: Trish is small in stature and *Gorgeous in a very juvenile sort of way. There's something *Magnetic(x4) about her, too. She's got long, somewhat frizzy blond hair that's usually pulled back in some form, gray eyes, and fair skin. On her face rests a pair of red plastic glasses. She moves with a frantic energy and can rarely if ever be seen completely motionless. She used to dress mostly in t-shirts (often one that reads, "If at first you don't succeed, blood magic!"), loudly patterned pants, and a black coat that jingles with charms dangling from its pockets (some occult symbols, some random objects), but these nights she can been seen in more cutesy, eclectic styles and very frequently a waistcoat. She can nearly always be seen carrying a black purse (her self-titled "detective's kit" full of all sorts of random objects) with a strange looking plush doll strapped to it. Her various pairs of decorative sneakers are always scrubbed immaculately clean, like she's taken bleach to the soles or something. She tends to wear a headband with little golden wings on it. Her socks never match. 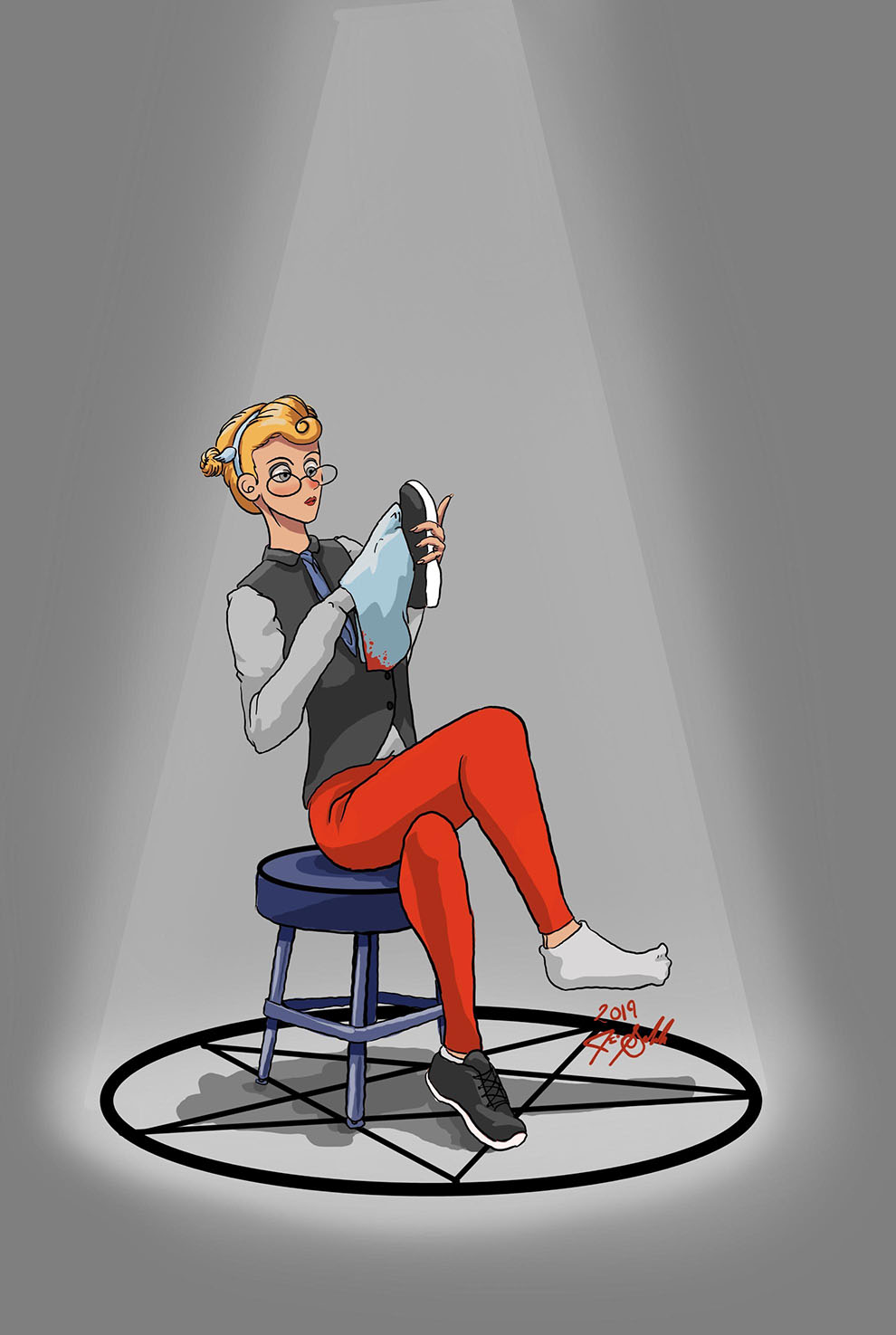 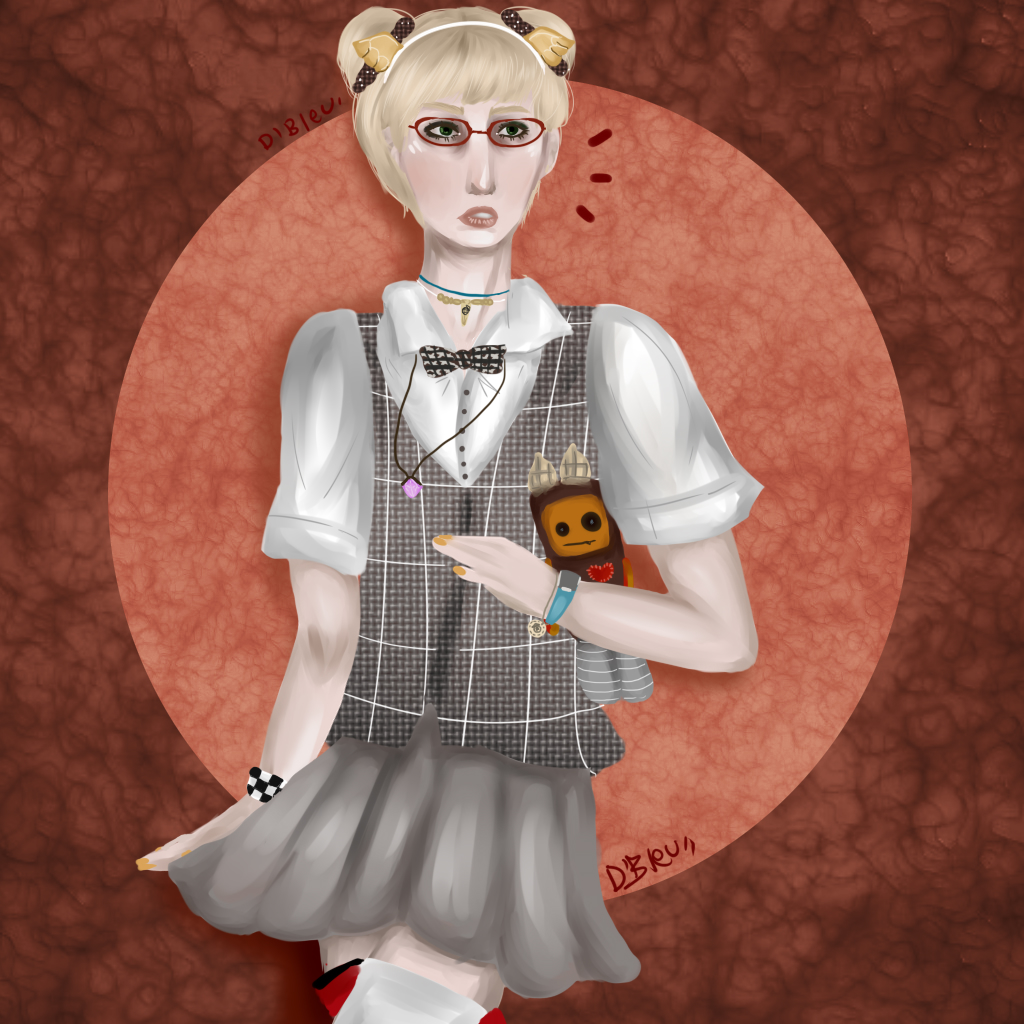 Trish's life is a story of excessive curiosity getting a young woman into trouble. So far it's netted her one pissed off wraith and an embrace. Most notably about her history, though, is the fact that she was embraced in the middle of an acute manic episode, and her brain has been stuck like that ever since. She did her accounting somewhere in France, though she's vague about the details. She's vague about a lot of things, really.

In late 2020 she relocated from Annapolis to San Antonio for... reasons. She lives with the Anarchs now and is much happier for it. Technically she's a resident of the domain of Austin, TX, but she's not fond of Prince Miguel and has as little to do with his domain as she can get away with.

Trish is a horrifically traumatized wreck. And more trauma is always around the corner. It's a wonder she hasn't walked into the sun by now. That probably has more to do with the wraith fettered to her that she promised she'd stay alive for than anything else.

None. She wants to be part of a gang so bad but she's not allowed.

She doesn't know if she'd call them enemies, but she'd be pretty happy never to see most of the residents of the domain of Annapolis ever again.

None that she knows of