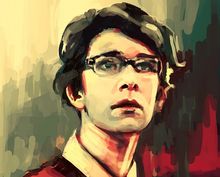 Sigmund is a member of several book clubs and intellectual organizations but he hardly feels that any of those would qualify as a "coterie." However, Mensa does meet the qualifications of the Merriam-Webster definition of "coterie." Still, it is not necessarily profiled for vampiric ambition towards secular goals. So, his original stance remains. 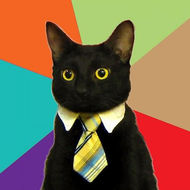 PETA (or the People for Ethical Treatment of Animals). Sigmund detests any organization that funds terrorist activities beneath the veil of "good will" or "protection" of a particular grouping. However, don't assume the worst. Sigmund loves animals. Well, not really. He had a cat once and it proved to be more of a burden than anything else. Still, he never once tested make up on the animal nor did he dress it in unflattering clothing.

"Oh, well, you should familiarize yourself with your genealogy. Foresight into predisposition diseases and such."