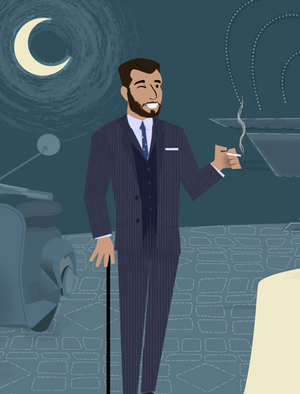 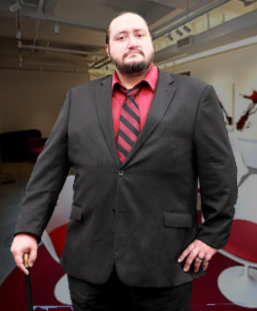 Physical description: 5'10", wears either suits or "business casual". Walks with a limp and a cane. Blush of Health

Tremere PC ONLY: A5 rank

Richard is outgoing, friendly and easy to get along with. He is usually reading business magazines or books, or doing statistical analysis on his iPad.

Richard has alluded to being in Military Intelligence during the first Gulf War, and that his brother died there as well. He walks with a limp due to a piece of shrapnel that never healed properly and thus uses a cane.

Richard worked in PR and Management Consulting for a variety of clients after his short stint in the military, working with various oil and tobacco companies as well as easier clients. He was embraced in Vienna while on a business trip. He spent 12 years in Vienna (10 years in Accounting - Europe has a much slower pace) before being assigned to the Twin Cities, MN.

After a stint as Keeper of Elysium, his powers of information gathering and analysis have won him some amount of favor with the Nosferatu Prince Digger "Richard found things I didn't already know!", and was given the status of "Informed" and the position of Primogen.

Allies (at least in his mind)

Tropes:
Public Relations Ad
Affably Evil - After all, this is still a Vampire...
AstroTurfing

"If we could just change the organizational paradigm, the operational efficiency would be vastly improved."
"Don't worry, it's just an old war wound."

Has some weird blood disease.
Always seems to come out OK when all around him is going to hell...
Is secretly a report-writing robot.
Isn't really a Tremere. His "magic" is actually sleight-of-hand.