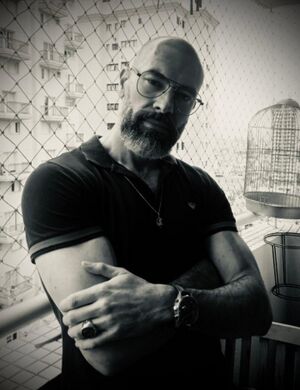 Physical description: Pietro is tall and displays impeccable musculature. He has a military bearing and a countenance often taken as serious. He is always in formal clothes, whether military or civilian, although as comfortable as possible, so as not to limit his movements and reflexes. She is always wearing a gold ring with na embossed pentagram, a gold Saint George chain and a pink gold Tag Heuer Senna series watch.

(OOC: For the use of the ability Politics)