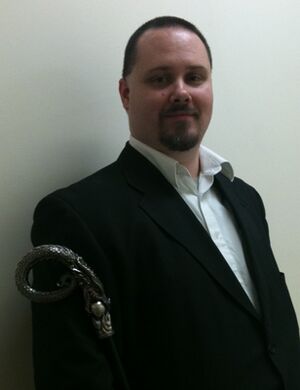 Max Sanlin entered the scene in the fresh Domain of Portland Maine while there was still some struggle to stabilize the Domain by Prince Dragoon. Max is known to work within the Medical Field in Portland and works tirelessly to aid in combating the troubles and threats to the Ivory Tower. He has witnessed many loyal Kindred fall in the good fight, and seen several changes of leadership but remains resolute.

The Tremere in New England seem to have banded together for mutual protection and can often be seen together at gatherings from Maine to Connecticut.