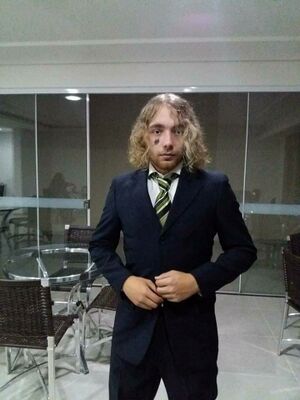 Krütz when he arrived in Londrina for the first time...

Concept: The marksman survivor of God 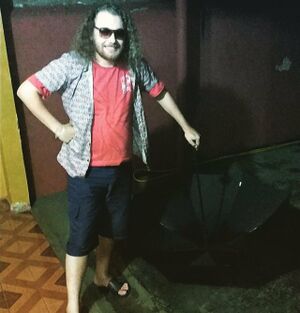 ... and Krütz nowadays (working on his personal masquerade maybe?)

Krütz arrived in Londrina circa April 2016, and has since been a helpfull member of the community; while he has commited some blunders (especially with the local brujah, who accused him of mental raping one young Member), he denies the malice of the acts, and blames the misunderstanding on the Brujah Primogen short-sightness and "lack of anything that might resemble capacity of thought and empathy". Nonetheless, he's been in allmost every position aside Prince and Scourge, and at one moment he held the Praxis as Otto von Shultz perished by his hands (long story short, local elder Don uses Dominate on deadly marksman to smoke the life outta the frail Prince); he stepped down in favour of João Paulo de Melo e Albuquerque III, the current Prince of Londrina.

Krütz works alone most of the time

Krütz isn't prone to make enemies, but he has, under muffled breath, uttered some curses ocasionally 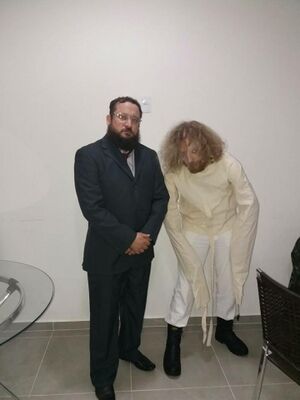 Krütz at the side of former Prince Otto Von Shultz, the one he would later murder while under Dominate from a Giovanni Don

Lilly Maifayr, the ex-Prince of Londrina that now follows the Faith of Set; it's an Infamous Brood

None that is know of

Der Freischütz (The Marksman, The Freeshooter)

"I tried listening to the words of the Lord for allmost sixty years... But I don't think I can feel his presence anymore. I used to hear the screams of Hell on my damned nights, but now I trully realize - I've been through worst with the 6th Army. Blessed be Paulus... Anyway, I won't hold back anymore. I don't feel as human anymore. I can sense the Beast inside of me, and this calling is warm; it's savage; it's INSANE!"

"Only when you embrace your needs are you trully becoming human"

-Krütz once aimed to be Prince, but after experiencing the political battles he decided it's safer to face the Sabbath in the field than the whispers of the Elysium

-Krütz hates jews; he's a nazi, after all

-Krütz isn't afraid of hot iron, as he often appears with burn marks on his face