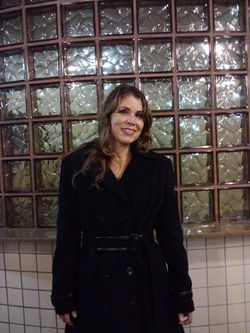 Came to São Paulo last year, where she acquired some reputation as a strategist. For unknown motives, she left the city and is establishing herself in Pirenópolis, where she quickly become Primogen.
Was appointed in 2011 as Archon of Lord Jaroslav Pascek, Justicar Brujah, remaining in this position until March/2012, when she was appointed as Archon of Lady Lucinde, Justicar Ventrue.