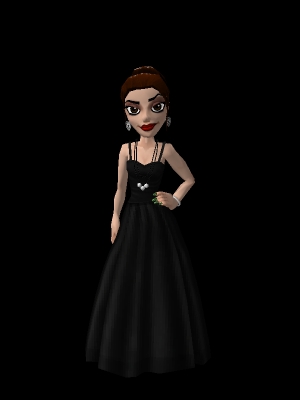 Amelia is a beautiful (Alluring, Elegant, Gorgeous, and Seductive x2) woman with long brown hair and brown eyes with green and gold flecks in them and a pale complexion. She is 5'8" with an hourglass figure. 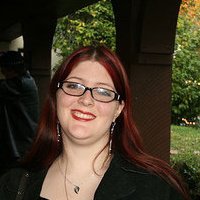 Player dressed up as Amelia.

Amelia was embraced in the early 1950's in England. She was a quick study and her sire, Tyra, was influential enough to pull strings and get her acknowledged after a year of accounting.

In 2002 she moved to Stockton California. Since that move Amelia has resided in Stockton, Sacramento and Amador at different times, serving in various court positions within the cities. She has fought in several battles in each city against enemies of the city and sect.

Until 2008 Amelia was a consistent figure in many of the courts in the California Valley, but has sense only been seen publically on rare occasion. Her last held position was Seneschal of Sacramento while Prince Hailey Kincaid held Praxis.

She now is known to live in the Connecticut area

Various other McGoverns are related by blood or embrace, though Amelia is not sure of her exact relationship with many of them.

Amelia has multiple allies, often people who do not get along well together. She often has friends on both sides of a conflict.

Many of the those Amelia has allied herself with have died through various means. 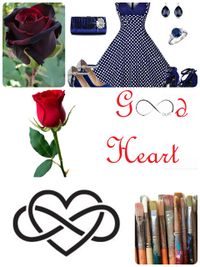 A few cups history, a tablespoon Annie, a generous helping of music, out of character curiosity, a dash of Marilyn and a sprinkling of Eddie Izzard. Plus a whole lot of good role play and moving story lines with other players!

Music is a passion of Amelia's and she likes a little of almost anything. Below is a very limited sampling.