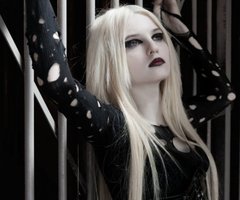 Physical description: Sif is tall, yet petite, with platinum blonde hair and of seemingly Nordic descent. While a little on the pale side, it is closer to a human standard of pale. Her eyes are a striking silvery gray. Her fashions seems to be ever fluctuating in style.

Sif arrived in the United States in November of 2012 via Norway, slowly adjusting to the different culture. She has risen within the musical community of Maryland as a virtuoso with the violin, even receiving an appointment with a well-respected Orchestra.

Agnar Eriksson claims her as childe