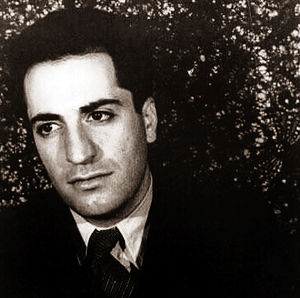 Although Max isn't remarkably good looking, he has an air of animalistic sex appeal and seductive charm. Part of this is confidence, some of it is the way he moves. He's extremely comfortable with body contact and close proximity. His voice is low and smoky, and he doesn't make any effort to cover up his Brooklyn accent.

Max Illaria was born in the mid 1930's. He was raised in Brooklyn, but not many details of his living years are known. Apparently, he doesn't like to speak about his youth. He traveled from New York to France in the late 1950's, and found work in perfume production with the house of Dana. In a matter of years, Max became close with the head of product design, Jean Carles, and he was soon promoted from production to design.

Though Max, his broodmates Lilly and Pete, and Hyacinth each worked tirelessly to defend the region of Grasse against incursions by the Lupines, the few Gangrel of France are treated like lowly guard-dogs. They're tolerated, but never invited to the table, or given respect. Max has allies within the court of Paris and scattered across France, but he was never able to be taken seriously. Rumor has it that Max's social woes stretch back to the Battle of Versailles in 1973. Max worked on fragrances for both Anne Klein and Bill Blass. He attended the event, and reveled in how the American designers stole the show from the established fashion houses of France. The Parisian court supposedly turned their ire over the loss of face at Max, and despite over fifty years of dedicated service, he never gained any standing in France beyond his meager acknowledgement. Frustrated, he returned to the United States in 2019.

Fred Ward and Uma Thurman's performances in "Henry and June."