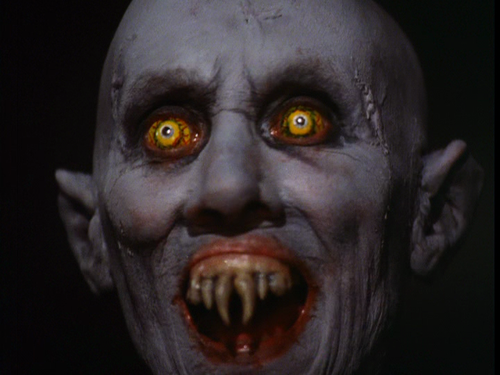 Virus without his leprosy

Alias(es): He's only ever told people he goes by the name Virus, otherwise no one seems to know.

Physical description: He tends to dress in ragged clothes, a duster, a Fedora, and he always wears a mask to cover his face. If you did see his face you would see he had permanent fangs and signs of leprosy.

Embraced somewhere in the Eastern Block of Europe and Acknowledged in Russia by the Prince of Leningrad, what is now known as St. Petersburg. He has traveled a great deal and has recently made his way to America where he tends to show up in San Francisco with a few other Nosferatu who are believed to be of his brood. He is known to have a way with computers and can be considered off-putting and a little too sarcastic and stereotypical (he acts like an over the top Russian caricature).

"Love Me Till You Hate Me, by Rush da Russian Rapper"