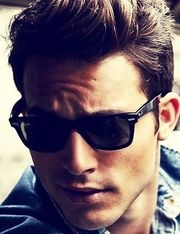 Physical description: Chrisis handsome young man who usually wears fashionable suits, almost always wears sunglassees, and exudes elegance and class no matter what he clothes he puts on. Chris can also be somewhat of a social chamelion in the right instances. He is 5’9”, brown hair and brown eyes. His skin is somewhat flushed and he blinks and shows other signs of mortal health (OOC: Blush of Health). He has a French accent that does come across strongly at times, but Chris is able to use a full American accent with some effort.
Alluring x3, Elegant x4, Gorgeous x1 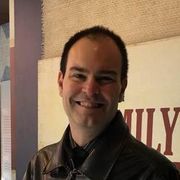 Chris has considered himsself aristocracy in a few ways. First, his mortal French family was one of the few noble families that escaped the French Revolution by going into exile. Secondly, he speaks of how the Brujah were considered one of the High Clans for millennia, and how some of the Idealists such as himself still strive to bring decency, peace, and civility into mortal society and the Camarilla. Finally, Chris considers non-Sabbat Kindred to be the ultimate form of nobility.

Chris arrived in Washington, D.C from Paris in 2005. He quickly secured the position of Primogen, serving modestly in that position for some time. He was then elevated to Keeper of Elysium under Prince Lumen Gunn in 2006, serving honorably and efficiently for a few years. The Brujah was also a professor of history at Georgetown University for five years. Chris supported the arts and worked with Clan Toreador in their endeavors.

Then suddenly out of the blue in 2010, he disappeared from the Washington and even his ghouls and newly-embraced childe Kirsten could not find him for a time. Chris now relates an incident were a strange, waif-like, beautiful woman cursed him and robbed him of much of his memories. After that bizarre encounter, he wandered West, eventually settling in Quebec City, Canada for a number of years under Prince Annabelle of Clan Tremere. Chris supported the sieges of Grand Forks, ND against both the Sabbat and the Garou and eventually settled in that domain for a few years after it was re-taken.

After tiring of the pace of life in the bucolic Mid-West and yearning for the faster-paced unlife of the Mid-Atlantic, he made an appearance at the 2019 Glitter and Gloom in Baltimore. From there, he settled in the Domain of Annapolis after proving himself in battle against the Daeva. He gained his ultimate measure of personal status in a dificult fight in May 2019 against the Rebellion in Philadelphia that almost cost him his unlife.

In August 2019, after the destruction of cherished Sovereign Prince MacGregor of Philadelia, Chris joined Prince Ramos in battle against the usuper Ivan Stone and was appointed Seneschal of the Domain of Philadelphia after Stone's destruction. In the praxis, after he violated "Elysium" and "violated" the Masquerade, he was stripped and named Despolier .

Though has is a bit more disposed more towards more elegantly and refined Kindred, he still supports groups like downtrodden mortals and patially embraces the idea of the Camarilla as a meritocracy to the most extent practicable withom the laws. His ultimate stated goal seems to be to uplift mortal and Kindred Society.

The Sabbat, of course

None that have emerged into prominence

This Is What You Came For, Calvin Harris
Rhapsody, Siouxsie and the Banshees
Touch Me, Rui da Silva 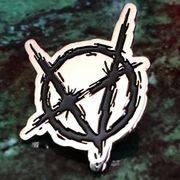 “We’ve always been the best and we knew it”
“Don’t mess with me tonight, I’ve only had two gorgeous vessels so far”