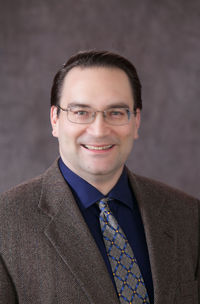 Physical description: Urbane, sophisticated, and debonair. Humane. Usually well dressed though not always in a suit. (Suits are for meetings.) Suits, when worn, are Savile Row and custom-tailored. Frequently in a blazer, khakis, and an unbuttoned dress shirt or turtleneck. Shoes are usually Italian. Ties are often art deco. Frequently wears stylish spectacles though never sunglasses.

Merits and Flaws of Note:

Arrived in Springfield, IL in 2008 from Malta. Talked about creating "synergy" at his residency hearing. Played rotational Primogenship with Reginald Kennedy for about a year. Travels a lot internationally and is absent on business for protracted periods of time. Last seen in the Old Dominion in October 2019.