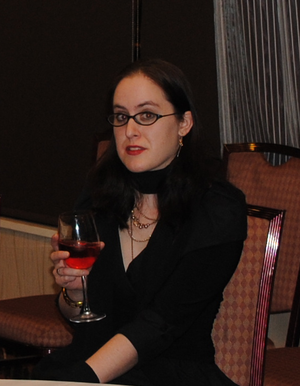 Physical description: Zoe was stunningly beautiful, with the slender build and graceful gait of a dancer. Her pale skin offset her large, dark eyes and bright red lips. Her long jet-black hair was usually braided back, with wisps falling to frame her face. Rarely dressed casually, she favored skirts and dresses in deep, rich colors. Her outfits were typically embellished with fine jewelry or intricate embroidery. Shortly before her own Final Death, however, Zoe had been wearing mourning black. Quick to smile or laugh, her eyes were almost always sparkling with curiosity and wonder. Zoe spoke with a distinctive accent reminiscent of French, but not quite. She always seemed to stand out from her surroundings.

Acknowledged by Marquis Villeneueve of Marseille
Loyal by Marquis William Magister of Scranton, PA for foresight in salvaging mortals and artwork in a damaged Elysium
Praised by Marquis Deckard Stevens of The Lehigh Valley, PA for assistance with mortal influence to eliminate a hunter presence
Well-Connected by Primogen Bastion Stone of The Lehigh Valley, PA for coordinating Kindred to combat an infernal threat
Honorable by position as Keeper of Elysium 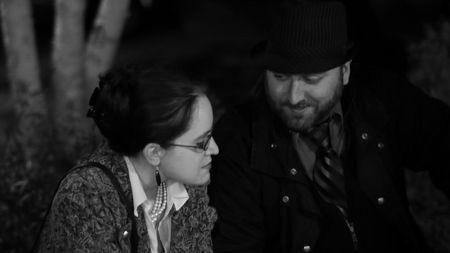 Zoe was originally from New Orleans. She claimed that the territory was Spanish during her mother's lifetime, French during her lifetime, and American in her daughter's lifetime. While the details of her mortal life remain a mystery, she was obviously groomed from a young age to thrive in high-class social circles. Her accomplishments in ballroom dancing, piano, embroidery, calligraphy and poetry caught the eye of Clan Toreador. Eventually she and her future Sire departed for Marseille.

Zoe spent a significant amount of time in torpor. Her resting place was bombed during the World Wars, causing those who knew her to assume she had been destroyed, and thus she was forgotten. When she finally awakened almost a century later, she found the world radically different, and she has spent the past several years adjusting to these changes. Zoe returned to the United States and visited New Orleans in the wake of Katrina, but found her old home so radically changed that she did not stay.

In the Spring of 2011, Zoe settled in Scranton, PA where she started networking with local Clanmates and establishing herself within certain mortal circles. She quickly built an influence base and became a patron to some proteges in the local arts scene. Something of a "rising star," Zoe's popularity grew in Scranton, where she first served as Lesser Harpy. During a nasty Praxis battle that took place on Elysium grounds, Zoe helped to move mortals out of harm's way so the Masquerade could be upheld, and then moved to protect the artwork on display. For these actions she was named the new Keeper of Elysium. That event shook Scranton's Court, but Zoe found her foothold and became active player in the politics of Northeastern Pennsylvania Hegemony.

Since her appointment, Zoe continued to build her reputation in Kindred society, protecting the Masquerade in Scranton and often lending influence aid to the neighboring Marquisdom of The Lehigh Valley. She was active behind the scenes of the Conclave held against Prince Kelly, wherein all three Marquisdoms, including Scranton, were placed under Ordeal. While under Ordeal, Zoe was quietly attentive to her duties. Upon the Final Death of her sire, Zoe took her broodmate Jared under her own Accounting. She was known for hosting grand gatherings for Scranton's Court, but also regularly frequented Annapolis to visit her Patron, Prince Rook.

Most who met Zoe were struck by her wide-eyed enthusiasm and curiosity. She entertained numerous Archons and Princes with piano recitals and dance lessons, and also traded commissioned calligraphy and embroidery work. While poetry remained her most private art form, she did publish a few popular pieces. A novel juxtaposition of old-fashioned manners and youthful innocence, Zoe reveled in pleasant company, but never did develop the sharp tongue or melodramatic ennui characteristic of so many Roses.

Shortly before the Glitter and Gloom gathering of 2013, Zoe was destroyed during a daylight raid. The details of her Final Death are currently under investigation.

Toreador Guild Only: Zoe was a member of the Guild and considered a Muse. 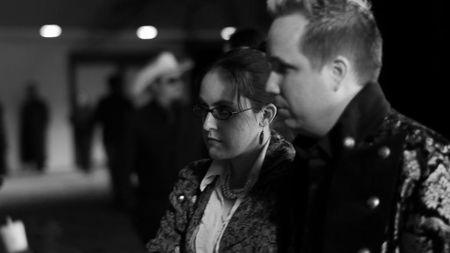 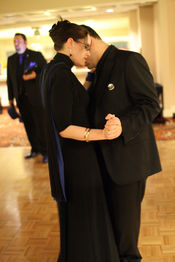 Research about Placage in New Orleans
Inara Serra from Firefly
The White Queen from Tim Burton's Alice In Wonderland
Blind Mag from Repo: The Genetic Opera 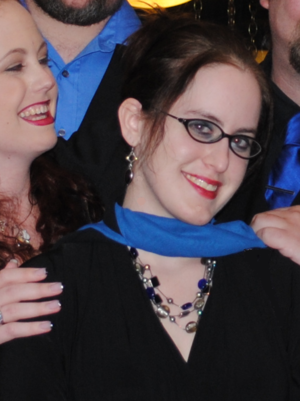 "They are having you do things so that they may sit back and enjoy how silly you are, how "innocent" you are and wallow in what they have lost and can never again posses. Their ultimate goal, I assure you, it to stand back and watch that innocence and youth be crushed under foot by those monsters of the night that you will accidentally offend. They want to enjoy your innocence for a time, and then relish the process through which it is stripped away." - Prince William Dunstin, S. J.

"You have a remarkable talent for the game. Honesty is hard to come by and well, someone who one can laugh with, play the games of court with, lie to, hold three conversations at once with and still know they can be honest .... that is, well I guess it is a dream, isnt it? You will be great at it some day." - Marquis Deckard Stevens

"I know talent when I come upon it. One day, you'll see that I was right." - Archon Aetius

"Your situation is, I think, one of being coveted far too much and having far too little in the way of power of your own to defend yourself. You are a treasure and a work of art. Your entire way of being is a part OF your art, but you are more than just the art itself. You are intoxicating." - Prince Rook

"At this point, all I know is that you speak Creole, possess both a smile and eyes that hint at secrets, and that you possess a wit like the wind-its effects are unseen until they are felt." - Harpy Oswald Stevenson

"I didn't think there was anyone like you among us...you make me want to show you beautiful things." - Seneschal William Harkness 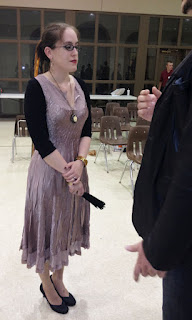 Zoe was not as innocent as she seemed, and was haunted by victims of some past crime.
Zoe was a concubine in her mortal years, and was less than virtuous in unlife.
Zoe was a practitioner of voodoo; her appearance was altered to hide a dark secret.
Zoe had an entire gallery filled with gifts given to her from various Kindred seeking her favor.
Zoe also had a scrapbook of melodramatic love letters written by various Kindred.
Zoe's stance at Prince Kelly's Conclave was rather controversial.
The Sabbat wanted to kill Zoe because she dresses better than they do.
Shortly before her Final Death, Zoe had been trading boons with a speed that raised a few eyebrows.
Zoe's bloodline is haunted, or maybe even cursed. Have any even survived?
Zoe is not dead. She read a book that turned her into a god, and framed a clanmate for that and her murder, allowing her to slip into a silent vigil, awaiting her moment to strike at her enemies.