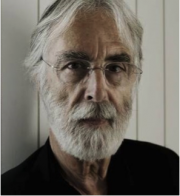 
Real Name: has never given a different name

Physical description: Similar to the picture, but skin of the deepest obsidian when not covered by Obfuscate. Viktor is often found in worn, second-hand hooded clothing and modern glasses. A cool breeze constantly flows about him, often leaving those nearby feeling unsettled by his eeriness.