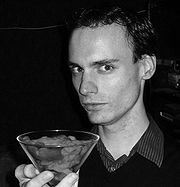 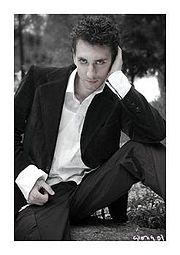 
Broderick Kleist arranged for Beau Cotter & Airis Mal to accompany Victor to New Orleans. During his time in New Orleans, Victor Martini spent most of his time researching and attempting to fix the backwards political system of the Louisiana Hegemony along with educating citizens the meaning of status and prestation, while supporting the safety and entertainment of Elysium through his coterie. Victor quickly earned the respect of its citizens and due to the mechinations of Prince Mandeville served both as Harpy & Primogen of New Orleans. Depite his couth relationship with Mandeville, Martini has openly questioned the humanity of Prince Mandeville for he breathed constant Camarilla deaths through his rulings. With loss spiraling around him, Victor moved to Atlanta, GA in hopes to regain his artistic inspirations. It is rumored that Prince Mandeville threated to kill Victor and broke prestation with Victor which caused Martini to move.

Since Victor has been in Atlanta, GA, he has been a Lesser Harpy and been highly involved with his artisitic endeavors for clan Toreador. Victor has been seen spending a lot of time with David Blanchett, Rachel Dubhan, and Lilyanna Salvatore. Martini was recogized by Katherine de Montpellier for the elaborate decor during Prince Villon's Fete and was seated among them. It is rumored that Victor is still being haunted by death.

Current News: Martini spends his time at home with Remy, in his studio creating, bike riding with the Toreador of GA, gossiping in courts of an Elysium, or buisness trips to Louisiana. Victor & Remy are engaged and are to be 'wed' in July.

Has a lover in every country he has vistied
Giovanni of Italy are seeking him
Has hired an Assassin, Outlander, Rabble, and/or Warlock to be his bodyguard(s)
Has fae allies in New Orleans
Is a mortal relative of Harrow
Adpoted a child with Remy
Weapon of choice is riding a Tremere into battle
Sent by the Parisian Court to spy on the Hegemony of Louisiana