All his Thaumaturgical power is derived from his pink tie.

He is only allied with Prince Kathrin Braddock because he is trying to sleep with her.

His power isn't in the pink tie, but rather, in his pocketwatch, which he never shows in public. The tie, rather, was a gift from a certain lady, and he refuses to part with it.

He only as love for blood magic and dead thing hence his love affair with Doctor Reinhardt.

He was in a cat fight with Melody Copper over Doctor Reinhardt. 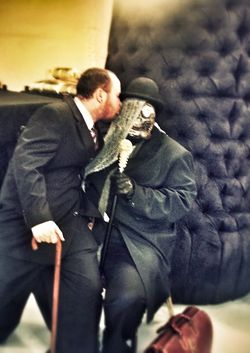