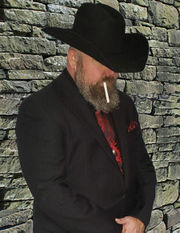 Physical description: Usually dressed in black clothes with a leather pant and a tattoo in his right wrist.

".. So i'll walk the plank
and i'll jump with a smile
if i'm gonna go down
i'm gonna do it with style
and you won't see me surrender
you won't hear me confess..."
(ANI DIFRANCO - Dilate)

- On march 2014 Arrived again at Curytiba 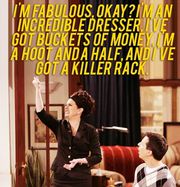 "Some of us may just fail to appreciate a more rustic beauty ... but I can assure you ... that I can" (Luccas flirting with a Gangrel)

"I have such sights to show you!"

“An artist is somebody who enters into competition with God.” - Patti Smith.


"It seems to be much more than Art when the Art you sell is you." "Parece ser muito mais que Arte quando a Arte que você vende é você."


"How can I find the right way to control, All the conflicts inside, all the problems beside, As the questions arise, and the answers don't fit.” Joy Division – Komakino.


“But if you could just see the beauty,These things I could never describe, These pleasures a wayward distraction,This is my one lucky prize.” Joy Division – Isolation.

"It is not enough to conquer; One must know how to seduce" - Voltaire

- He has very important friends within her clan....
- Luccas is "Eve Blood" brother ..
- Luccas used to hang out with Marquis de Sade
- After Luccas have sex with Leopold von Sacher-Masoch and his Wife, Leopold wrote the book Venus in Furs. - He used to attend some exclusive clubs of high society, such as the Hellfire Club.

"If you know the enemy and know yourself you need not fear the results of a hundred battles." Sun Tzu

“I ask you to judge me by the enemies I have made.” ― Franklin D. Roosevelt

“Never explain ― your friends do not need it and your enemies will not believe you anyway.” ― Elbert Hubbard