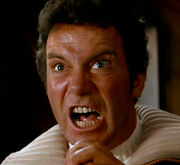 Six and a half years after that, he quits in a rage over his disillusionment in the Justicariate and the Justicar he served.

Empowered and Feared again as Archon to Justicar Pascek.

None. Although that may be slowly changing.

Members of his own clan.

The dead don't have theme songs