Difference between revisions of "Gary Kowaleski" 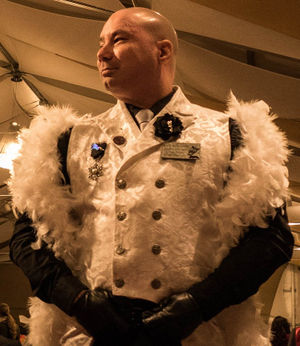 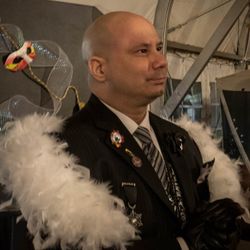 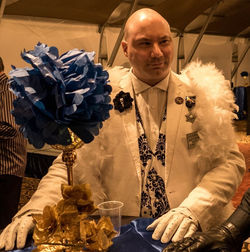 He's been known to be a strong proponent of Humanity and has earned notable success aiding others in regaining their lost Humanity. A known pacifist, Gary avoids violence and tends to vanish in fights, taking non-combatants with him. 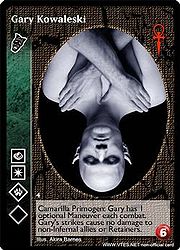 He is known (as officially as possible) to be a friend of Clan Malkavian (OOC: Clan Friendship - Malkavian), thanks to several close and more-or-less close friendships with many Malkavians including Echo, Izarra Getzi, James Abbott, Luni the Wise, Mark Richardson, Phillip Bankrofte, Priscilla Hale, Reika Tsudeko Kuze, Sadie Court, and Samuel.

Gary is known to have quite a few friends in the Camarilla, including a surprising number of Toreador, among them Amanda Desrosiers, Charlie, Dominique, Harrow, Lilyan Townsend, and Rachel Dubhan, - as well as Ainsley Good, Corkie Pelligrino, Daniel Corcoran, Elisabeth Schroeder, Hannah Martin, Jennica Sparrow, Mercy St. Isaac, Oliver Freigh, and many others.

Gary has a rock dragon baby that he adopted in Kenosha.
Gary used to be a thief and drug dealer, but found Jesus and turned his life around, so to speak.
Gary had bizarre physical changes after the Embrace, and can't wear normal clothes anymore.
Gary has adopted the kittens left by Bethany Nevermore when she died.
Gary is a nudist, and does not wear clothes if he doesn't have to.
Gary is not only a pacifist, but in fact petrified by the thought of fighting.
Gary is a former hitman who is attempting to make up for his past misdeeds.
Gary is agoraphobic, and gets nervous around large crowds.
Gary is a party animal, and goes to every large gathering he can attend.
Gary wears a feather boa to watch Malkavians make a game from gathering feathers that fall from it.
Gary's boa feathers are delicious and good to eat.
Gary loves him some pretty music in pretty buildings.
Gary has turned in Harpy reports in the form of musical numbers.
Gary might actually exist. Maybe. It might be best to poke and prod him to find out.
Gary is colorblind.
Gary is Prosymnus.