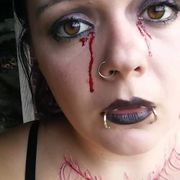 Physical description: Echo doesn't seem to be any older than 16 years old. She has long straight purple hair that falls to the lower part of her back. When she smiles or speaks her fangs are visible. Her skin is carved in a henna designs with crafts 3 scarification. Though she appears to be young she is quite pretty with 7 appearance based traits. Recently she has been seen wearing a black lace blindfold because rumor has it her eyes were carved out. 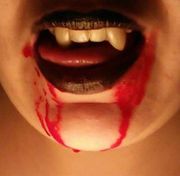 Appeared in Maine in 2014. She quickly showed herself useful to Prince Keefe in Lewiston/Auburn, Maine and was appointed Primogen. Her humanity took a downturn in 2016 and she began spending more time in the domain of Portland, Maine, eventually moving her residence there.

Echo's presence on the MMN is often perceived as a small black bird with feathers dipped in gold dripping with blood. Often a strong scent of blood and whiskey lingers in the air. 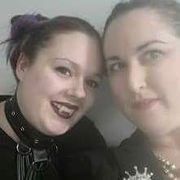 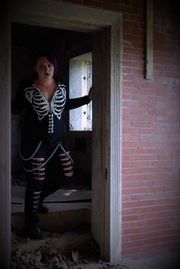