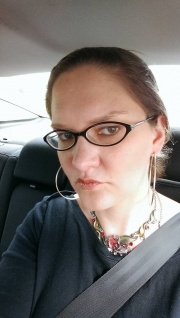 Physical description:She is 6’ in flats, with mid-length light brown hair that is usually worn up. She typically wears dresses or skirt and blouse combinations in dark hues with splashes of color, heels, glasses or sunglasses,and elaborate earrings, usually hoops. 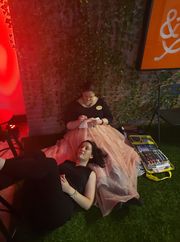 Corkie and Petra in Atlanta 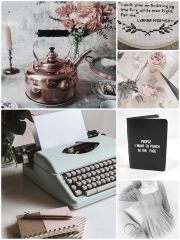 Corkie was born Corelia Pellegrino in 1905, a first generation American and only daughter of Italian immigrant parents in Brooklyn, NYC. Despite her humble background and her brothers’ lack of formal education, she was well educated at the Convent of the Sacred Heart school for girls, then Syracuse University, where she was a proud member of the Beta Iota Pi sorority, at which time she adopted her preferred moniker “Corkie”. In the mid 30’s, Corkie abruptly relocated overseas, where she was under the employ of Mr. Charles Unsworth.

Corkie first arrived in Griffin Georgia in July of 2016, and quickly settled within Atlanta Georgia a few weeks later. She traveled to neighboring domains frequently, as well as visiting large regional gatherings.

In September of 2018 in Chicago, Corkie was introduced to the opening Court as a Fury. 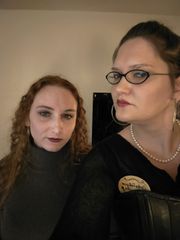 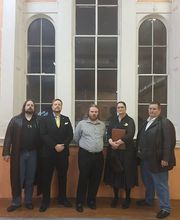 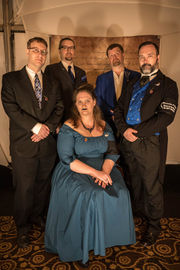 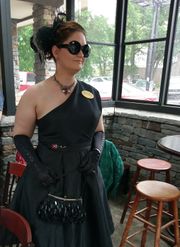 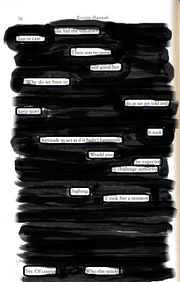 "I want five servires and a nap."

"If you displease me, you'll know."

"You do not have my permission to die."

"My dear, NOBODY likes a boon breaker."

"Time, tide, and scandal wait for no Fury."

"That's a conversation for another time in comfortable chairs."

"I shall personally collect my pound of flesh directly from your back."

"A gentleman with a discerning eye for jewels is a treasure in himself."

"You can call me Mrs. Pelligrino." (In response to the question "Who's this bitch?")

"Patience, Sheriff, we are not in the Americas, things need not be rushed." - Regarding London.

"What a fortuitous night. I just got a new set of pearls for clutching. I can break them in right away."

"I am quite a fan of the subject - only in so far as any Ventrue is capable of liking things. Far be it from me to be the exception from my clan."

"we're a focused and niche aspect of a position that's existed since the Camarilla began, with a different, dare I say, a more civilized arsenal of tools to draw upon." (On Furies.)

"If he's trying but has failed to succeed, do let me know. I expect him to succeed and excel in all tasks he puts his mind to." (In response to the question "Is he trying to be a bitch?")

"The concept of 'double jeopardy' does not apply within Camarilla law. As such, there is no obstruction to each entity collecting their own pound of flesh. Metaphorically speaking. I suppose."

"Their heads are lodged so. very. firmly. in the sand that their opinion vastly outweighs the necessity of survival, that their own pride is more important than controlling the dark nature inside of us, that their curiosity and impatience drives them to disregard things, like... oh, the Masquerade. I think they don't understand the importance of survival because they've never had to survive, they take it for granted. I knew antibiotics would be nothing but trouble. They take death for granted because it was never a stark reality."

"There must be something lovable about us [Ventrue], as I would not dare correct so many esteemed individuals who make up our collective fan base. If you ever figure it out, I'd love to hear the answer. The best I can figure is there must be some thrill in the challenge of getting us to let our hair down, so to speak, rumple our suits, try something exciting, all summed up in a tidy and exciting montage where we've removed our glasses and gone on a shopping trip and suddenly we have a personality through the power of commerce and friendship with the popular crowd! Or, perhaps we've become en vogue. It used to be terribly fashionable to carry small nervous dogs everywhere one went, perhaps stuffy pedantic Kings are THE thing to have on one's arm. It would explain many of the pairings I've seen at recent Regional gatherings. That must be it. Thankfully, most of us are suitably introverted and curmudgeonly that we shall be secretly relieved when we are no longer the It Girl or Man of the Hour to be lavished with attention and shown off, and we may gladly retreat from social graces to attend to our ticker tapes, ledgers, and stock portfolios."

"Are you telling me the biggest scariest monster in the room that everything fears, is scared of this very beautiful sweet young woman? If that is the case, she is worthy."


"Corkie is perfect and if you disagree you are wrong." - Jennica Sparrow

"I heard you was the greatest." - Chauncey Gardner

"I do so love to watch you at work." - Emrys Rothschild

"You were an excellent Harpy and now you are an awesome Fury." - José Luis Romanekels

"It is a delight to watch Corkie at work. Her words and mastery etiquette t are irresistible. I have tried at times to resist her charm, and find myself quite unable to resist an opportunity to avoid engaging in her thoughtful and engaging dialog. She is, at the same time, one of your clan's greatest assets and most dangerous weapons. Because, I fear, she could disarm just about any kindred with her smile and the right turn of a word." - Vito de Prio d'Amico Inguanez Drago

"She does have a lovely form. Statuesque, really." - Adrienne Stratton "Indeed. Quite classic. Timeless beauty. Reminds me of the beaches of Venice in the 1400s, before things got all... odd for a while there." - Rook 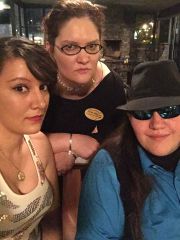 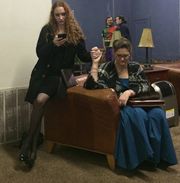 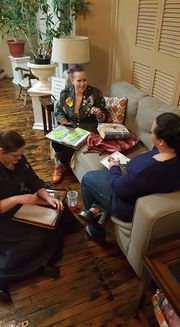