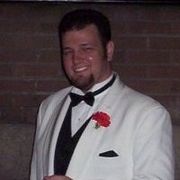 During his time as Archon, he's been in the presence of all of the Justicariate on more than one occasion. Twice before the assembled members of the Justicars, he's acted as the "Master of Ceremonies" at Conclaves in Minneapolis & Baltimore.

When he was not in the field working for his Lady, Carter tarries in his old domain of St. Augustine, assisting the Court there in nightly matters.